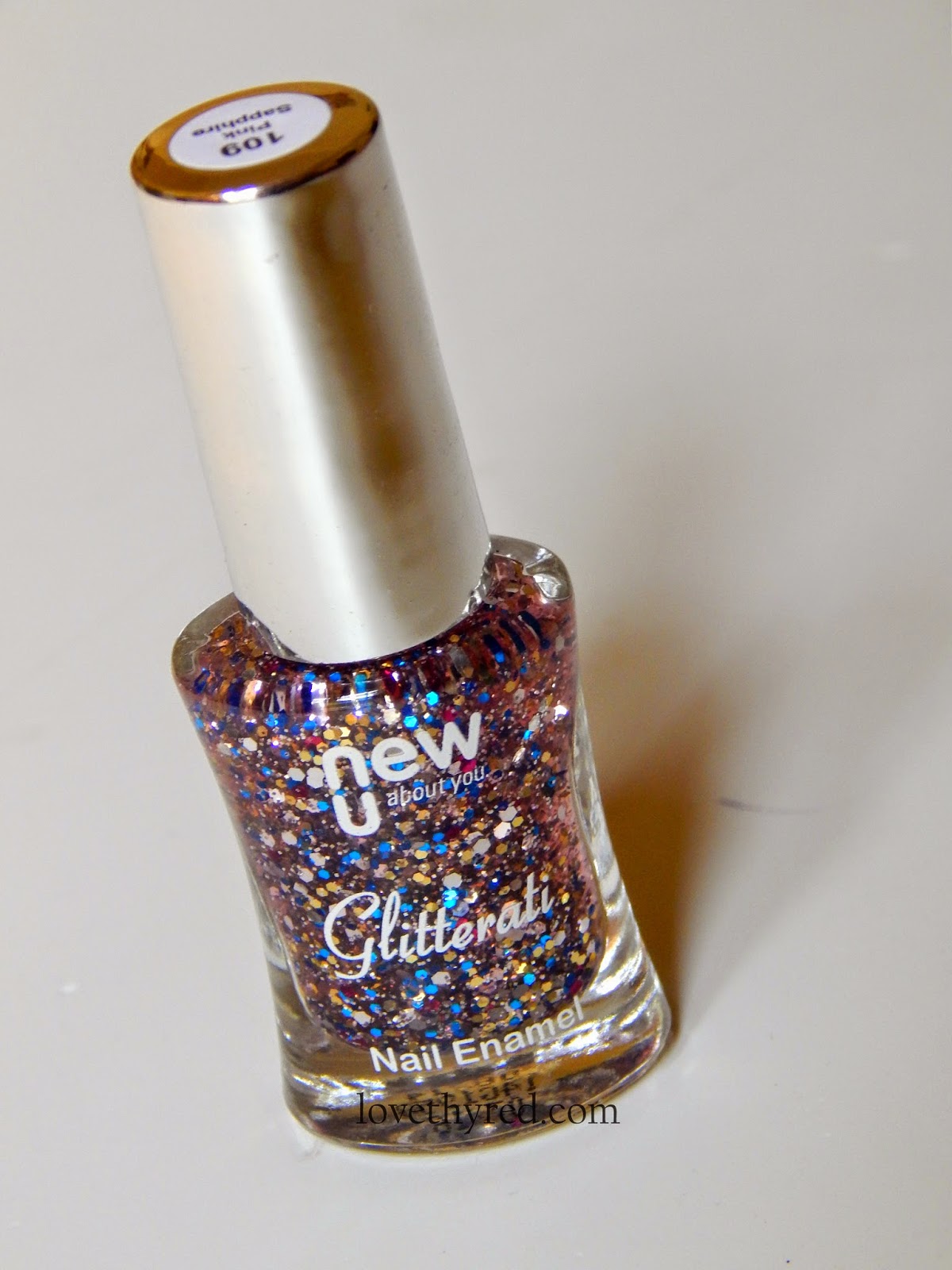 As many of you know by now, I've been a fan of NewU Nail Enamels ever since I had first tried them. Over the past few months , the quality of these Nail Polishes has improved at lot, and very recently I saw NewU Nail Enamels in a totally new avatar and a much wider shade selection range about which I will be talking soon in another post.

Today, I am going to review this Glitter nail polish from NewU called Pink Sapphire and is a part of the newly launched Glitterati Range.

I totally heart glitter nail polishes, and every time I see them I just go weak in the knees. and when the glitter shimmers and sparkles like bling on your nails, there's no way you're going to leave it out.....

NewU has revamped the packaging of its nail polishes and the glitterati ones now have a taller cylindrical body with a silvery cap. The brush is thin and it takes atleast three swipes to cover the entire nail bed.

Pink Sapphire consists of Golden, Silver, Pink and Midnight Blue and Turquoise Blue hexes and small golden sparkles in a clear base. The polish is loaded with glitter unlike many other glitter nail polishes which have glitters swimming in a sea of clear polish. The glitters are easily picked by the brush without you making any extra effort to get them on your nails from the bottle.

The base is slightly thick , yet the polish applied without any gloopiness. It dries fast even though the base is quite thick and that is something that has really impressed me a lot.

The NewU Glitterati Nail Enamel in Pink Sapphire lasts for a good 3 days without chipping.I think to an extent, the staying time would also depend on the base you've applied it over.
(In the pictures below, I have applied this polish over Street Wear Nail Color in Dreamy Pink)

As is with most Glitter nail Polishes, it takes a bit of extra effort to take off from the Nails.

Overall, I would say, the NewU Nail Enamels are one of my best budget finds in the last few years and with such a wider and better color selection available now, I can't help but compliment their team for doing a wonderful job. The Glitterati Nail Enamel in Pink Sapphire is a Glitter Polish in a clear base with the focus on Blue and Pink Glitters. When applied over a lighter base color, the glitters just pop and add so much oomph to your nails. Especially during night time, the glitter particles twinkle like gems on your nails and makes them look so pretty. Also it dried fairly fast on the nails. My only complaint is the brush which could have been wider for a more fuss free application. 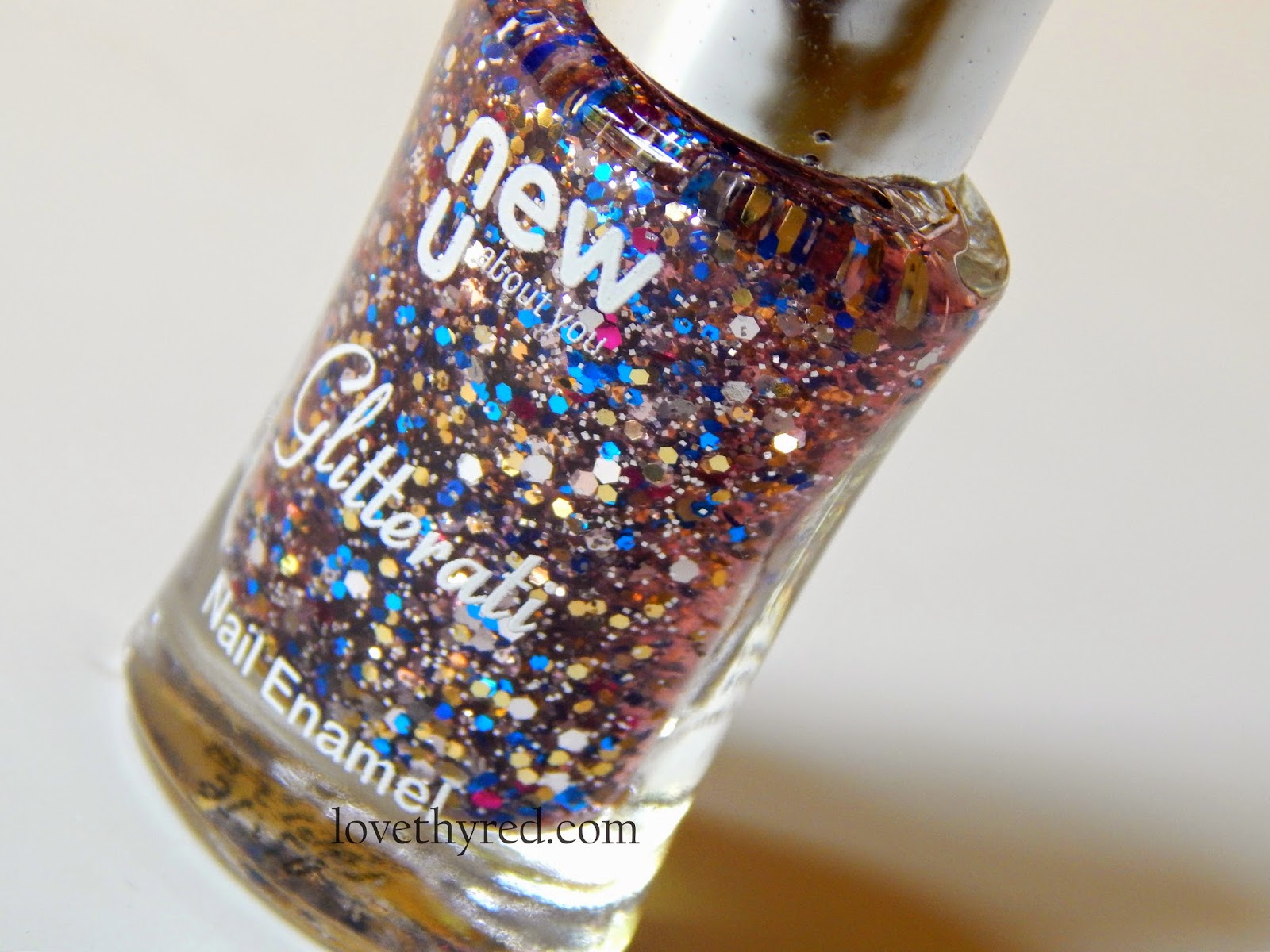 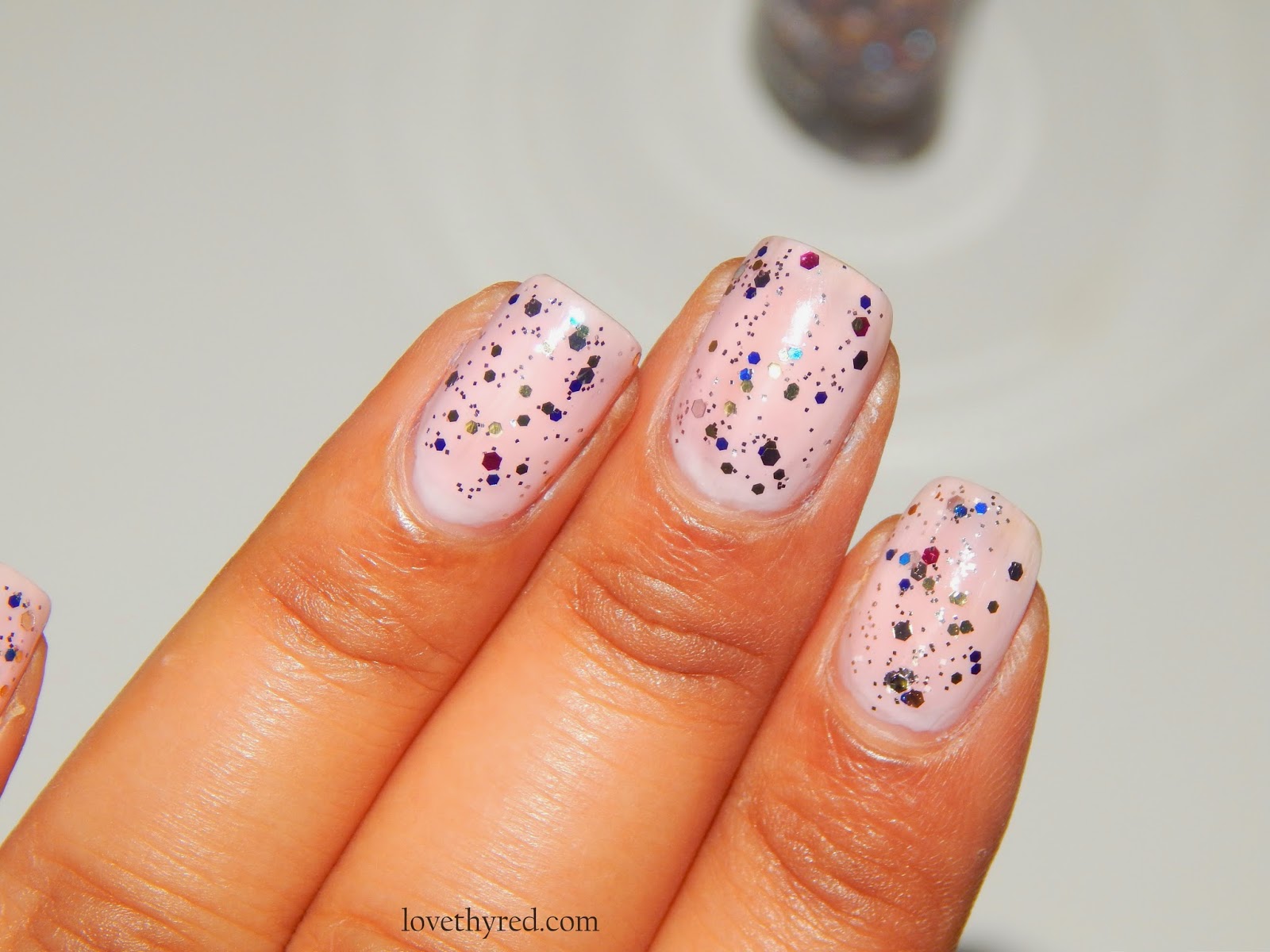 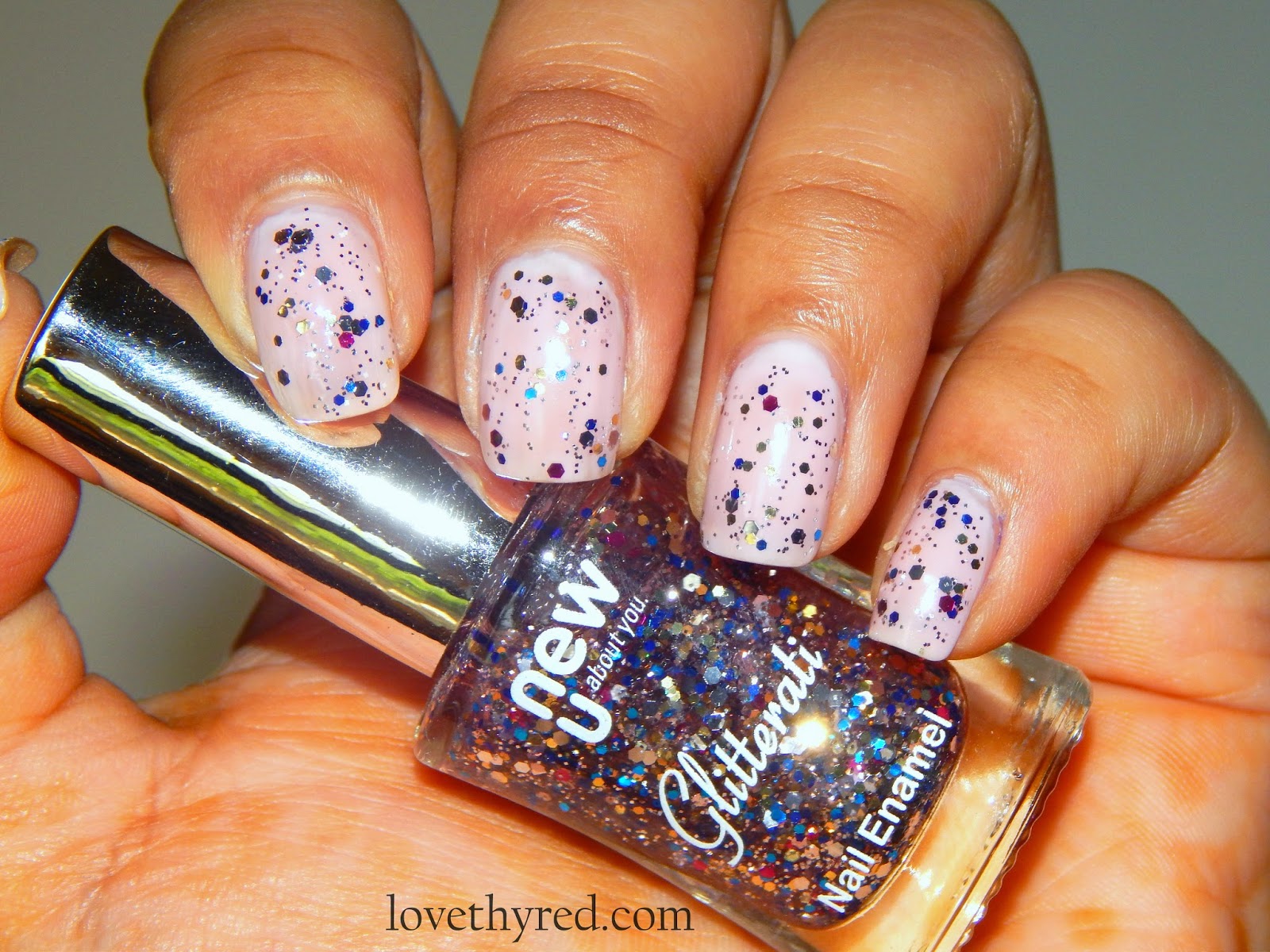 Posted by Agnibanya at 5:55 PM